Difference between revisions of "Variables/Unit Group"

A Unit Group is a variable type used in the trigger editor. It is used to store a group of units in the variable to be commanded orders or have properties changed. 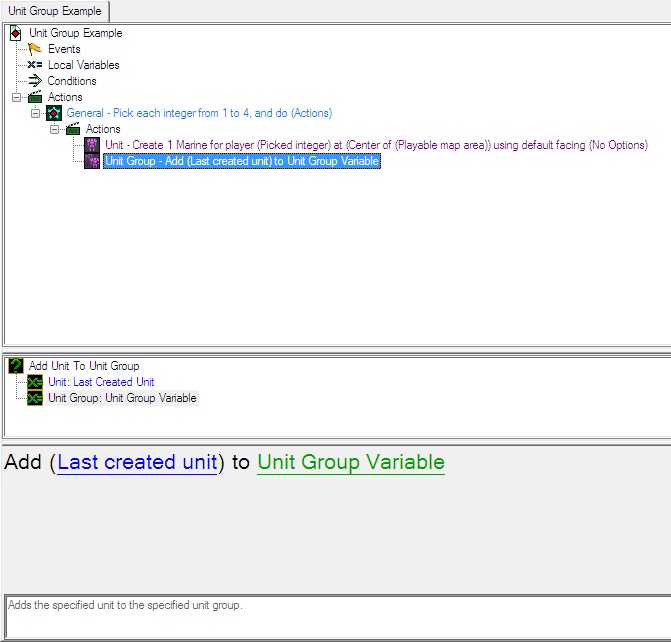 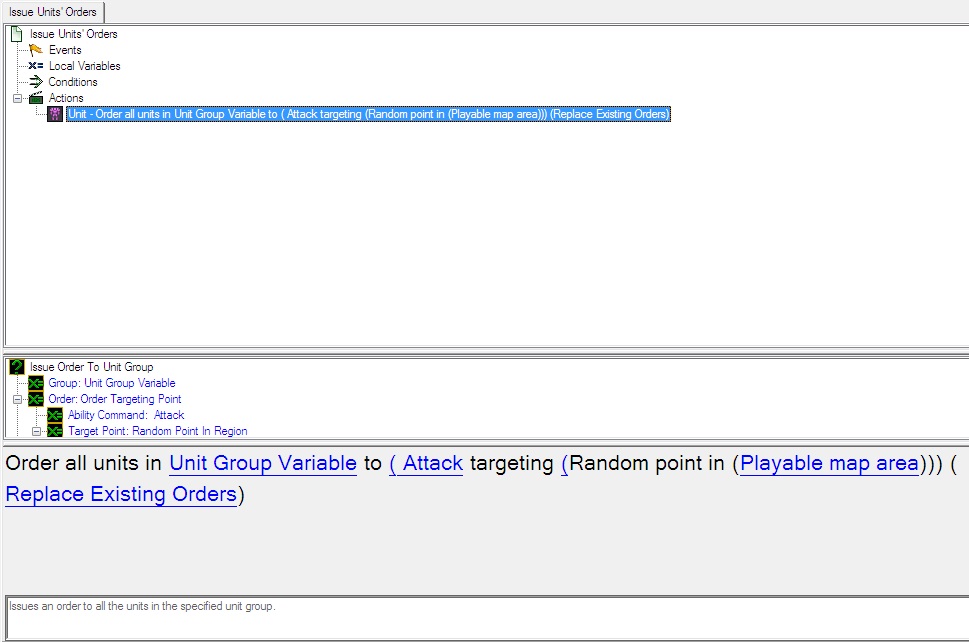 If you would like to reference a single unit from the unit group, use the function "Convert Unit To Unit Group". You may also choose to select a unit from a certain position in the unit group. For example, if you added an SCV to "Unit Group Variable", he would have the index of 1. If you later added a Marine to "Unit Group Variable", the Marine would then have the index of 2. So, using the function "Unit from Unit Group" (which must be used in conjunction to the action "Issue Order" and not "Issue Order to Unit Group", considering you want to issue orders) and using the index of 1 will return the SCV.