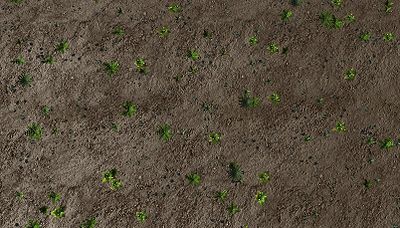 An example of a generated Foliage at max (10) density.

Foliage are little doodads that are randomly generated on a map. You have to ask GalaxyEdit to generate it for you. 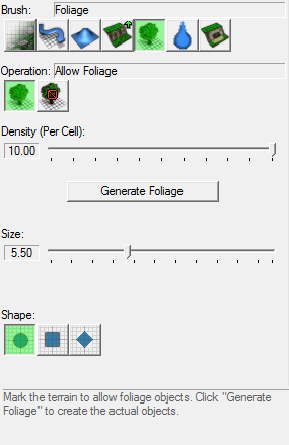 As you can see, the Foliage interface is reached within the Terrain Editor.

First of all, when you'll enter this interface, you'll notice that your whole map has now become grey: this is the "foliage region" that will get filled when you'll press the "Generate Foliage" button. This means that, when you create a new map, the editor automatically considers you want to cover the whole map with Foliage.

If you do not want to cover the whole map, you'll have to manually remove the "foliage region" by using the second button of the interface. You can choose its brush size and shape in the interface as well.

In order to generate the Foliage, you can press "Ctrl + Shift + D" at any time to automatically generate a new Foliage in the determined regions and with the determined density. You can use this hotkey without even being in the Foliage's interface itself.