Missiles are an effect type, also know as CEffectLaunchMissile.

The "Basic Missile" this article refers to is described here. 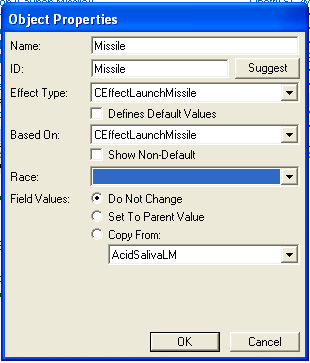 The caster simply triggers the ability (without aiming at any enemy), the missiles is launched and auto-targets an enemy.

The caster aims at an enemy, the missile is launched and will follow the targeted unit.

The missile launched will deal damage to all units it encounters, without exploding.

The missile will always be launched toward a relative point from the caster (for example: always to the North of the caster).

This missile will always be launched in a straight in front of the caster's facing point.